Due to the Coronavirus outbreak, we are not gathering on our campus. Service will be livestreamed Sunday at 10:45. More information here. 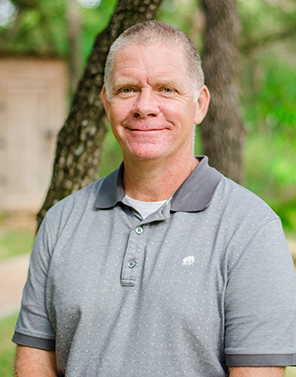 Neal was born in California, but was raised in Austin. He was saved in the midst of a broken home and grew in the Lord through the influence of a Christian friend in high school. After graduating from Travis High School, Neal joined the United States Marine Corps Reserve and attended East Texas State University. There he grew spiritually through the ministry of Campus Crusade for Christ. He and his wife Retha have four children: Joshua, Rachel, Julie, and Garrett. They were active for 19 years at Bannockburn Baptist Church (south Austin) where Neal taught adult Sunday School for 13 years. Their family joined Hays Hills in 2006 where he has taught the Ekklesia adult Bible Life class since 2007. Neal’s occupation is a designer/illustrator for Balfour Rings. There he primarily deigns championship rings (high school, college, pro). He has enjoyed coaching youth baseball/softball since 2000. He benefits greatly from the ministry of John MacArthur Jr.