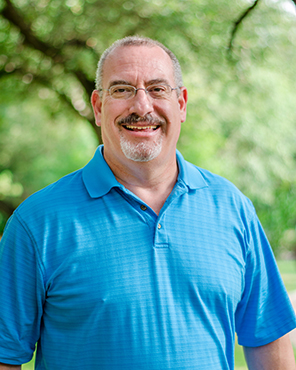 David served as lead pastor of Hays Hills from 1989 until mid-2017, when he moved to the role of Associate Pastor overseeing Adult Education, Discipleship and Outreach. He also coordinates with many teams and ministries within Hays Hills. He has been married to Melissa, a public school teacher, since 1992, and they have three children. Daughter Callie recently returned from several years of ministry in Uganda to get married to another preacher’s kid, George Wamukota. Son, Matt and his wife Dru, and young son Cohen, live in Kyle, where Matt is a fire fighter. Daughter Emily is attending ACC and working full-time. David holds a BA in Government from the University of Texas, a Master of Divinity from Southwestern Baptist Theological Seminary, and a Doctor of Ministry from Southwestern.