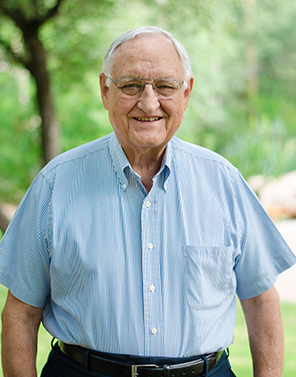 Bill grew up in Southeastern Kansas. He received Christ and was baptized at the age of 13 or 14. After graduating from high school, he joined the navy, serving aboard ship for five years. It was during that time that God captured his heart as Bill Sawyer, another sailor, instructed him in the Bible. In 1956 for the next five years, he was in discipleship training with the Navigators. In 1964, he graduated from Multnomah Bible College. In February 1968, he joined Cadence, a mission organization working with military people. During his ministry in Thailand, he returned to the states to marry Jeannette. They returned to Thailand and have served in Japan, Korea, Spain, and Killeen, Texas. In 1992, Bill joined the staff at Hays Hills and served as associate pastor for the next seven and half years. In 2000, he became the pastor of Faith Baptist Church in Iowa, and in 2004, the associate pastor at New Life Church in West Linn, Oregon. In 2015, they return to the Austin area to be close to their son, Jeff and his family.